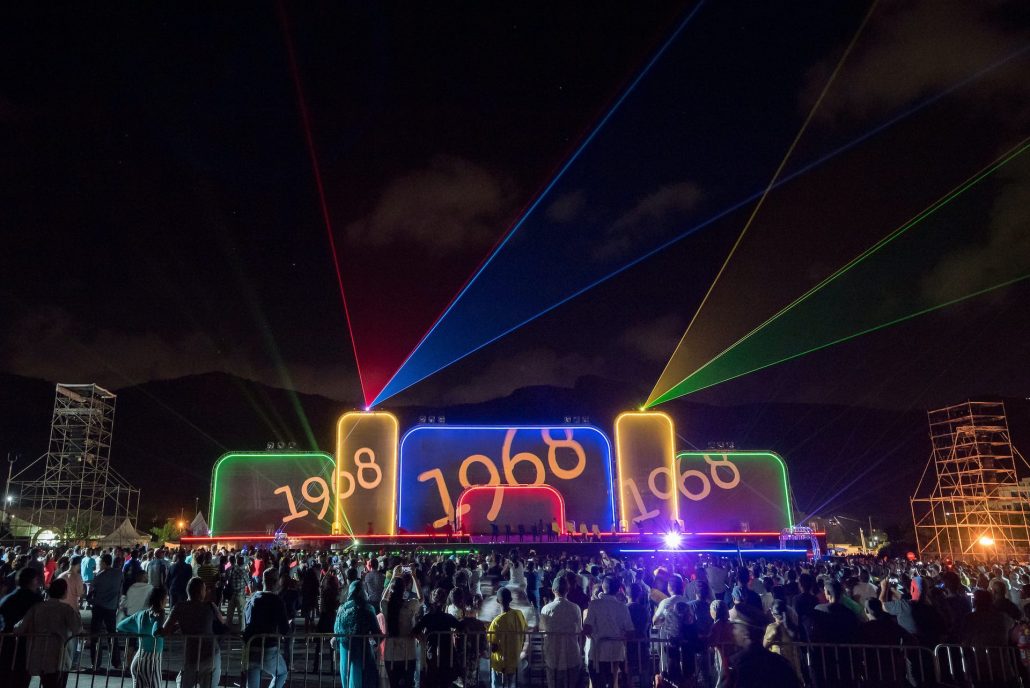 As part of the 50th anniversary of independance.

When we talk about events, we are talking about setting up temporary structures.

A great spectacle is not only audiovisual, sound, lights, video, special effects and fireworks, but a set of elements which, placed according to carefully drawn up plans and supported by timed logistics on a daily basis. day will allow the production of the event on D-day

An excellent example of the capacities of Impact Production Group, it is the complete realization of the 50th anniversary of the Independence of Mauritius on March 12, 2018 where the whole production but also the realization of the show were taken from A to Z in charge by our group.

Less than a month of preparation, which is very short, for an extraordinary event which brought together several tens of thousands of people with as guest of honor the President of the Republic of India. The entire set up was designed, assembled and operated by the Impact Production Group teams, knowing that all of the equipment belongs to us.

A screen of 560M2 which had to be reinforced in this cyclonic era, a multi-level stage of more than 600M2, elevated Arcum tents to accommodate the 1500 VIPs, nearly 1200 seating places, luxury toilet containers, boxes, LED screens, sound, light, power video projection and kilometers of signal and electric cables were necessary to allow the 400 artists present to perform a colorful show whose first paintings were signed by the scenographer Eelco de Jong.

Obviously such an anniversary was supported from start to finish by the team of Mille Feux, the pyrotechnic division of Impact Production Group.

A date that will remain engraved in the memory of Mauritians and a show that has been acclaimed by the local and international press.