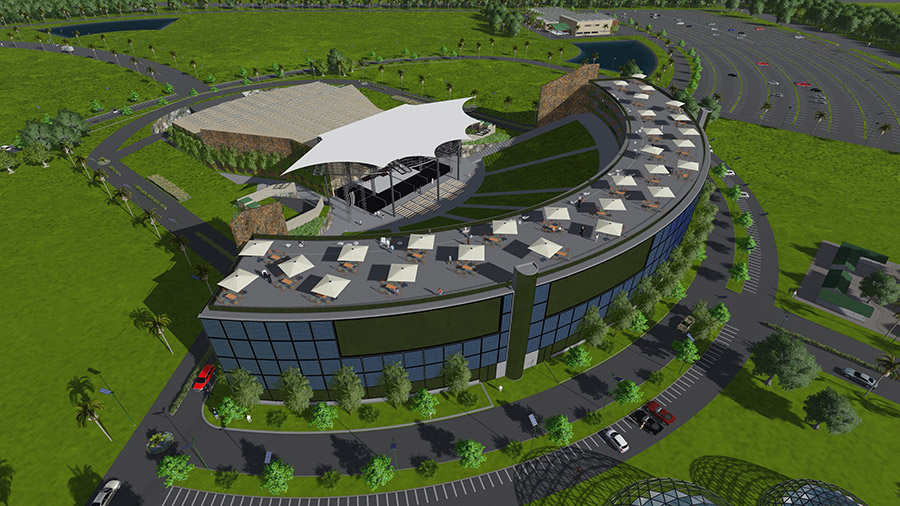 Our “Creative Industries Park” project will bring together in a single location, actors complementary to our profession (communication and advertising agency, dance academy, street circus school, training school in technical performance, etc…) and revolving around a large modular multipurpose room whose reversible stage would be open onto an open-air amphitheater is more relevant than ever.

The idea being to support the Creative Industries in Mauritius by creating an emblematic place.

The creation of a pyrotechnic festival in Mauritius, bringing the best firework shows in the world, who could compete for 3 consecutive evenings after which, a Flamboyant of Bronze, Silver and gold would be awarded.
This competition would take place 3 years in a row and the 4th year would see the 3 winners rom previous years in a competition.
It would take place on the harbour of Port-Louis in a crowd o an estimation of 100,000 spectators.

IMAGILE, biennials of Insular Arts in Mauritius, reveals the intention to offer a public as eclectic as possible, the sum of original creations, developed on the same theme, by four artistic families : music, dance, plastic arts and decorative crafts.