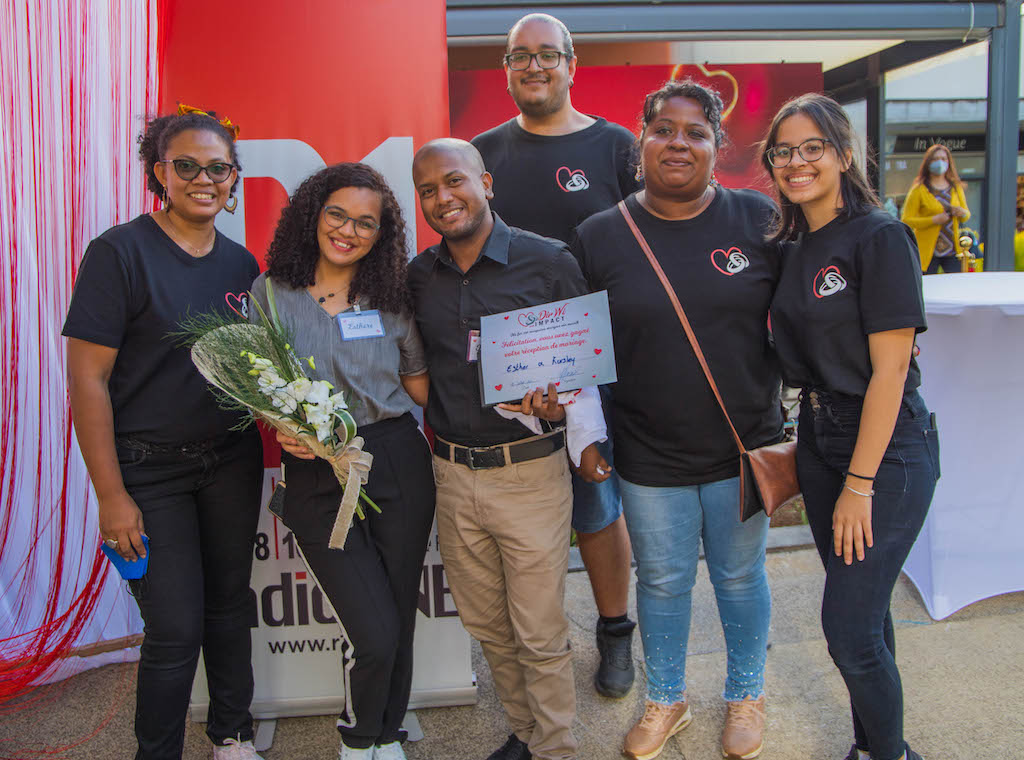 Launched on July 1, 2020, the “DIR WI AVEK IMPACT” competition was made possible thanks to the involvement of many sponsors who all agreed to make their contribution to this project: that of offering a dream wedding to a couple who have never had the opportunity to organize an event of this scale.
More than one hundred and fifty participating couples leading to a preselection of ten couples to arrive in the semi-final to three couples who all gave their maximum to win the first prize.
Competitions that took place in La City with the support of Radio One, “the radio of events” and it was a magnificent event.
A series of trials separated the three couples and it was Esther and Kursley who finally won the contest, not hiding their joy at having achieved this goal.
This magnificent adventure, which should be perpetuated at the rate of an annual edition, will undoubtedly become an event very popular with many Mauritian couples.